Nothing to it. Just multiply the probabilities, right? 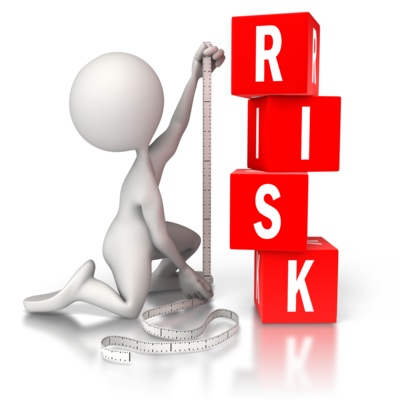 We engineers sometimes use a statistical tool without first reading the fine print. It drives our statistician friends nuts. Take the estimation of aggregate risk as an example.

The usual approach is to assume that all events are statistically independent. While often true, it is sometimes patently false (and overlooked – or worse, ignored). The usual computation of the probability of two elements NOT failing is

since all must survive to preclude structural failure.

The problem, and it is a serious one, is that this simple equation so often used by us engineers, isn’t quite right. The correct equation is this:

where \(P(B|A)\) is the conditional probability of \(B\) given that \(A\) has already occurred. This distinction is not trivial. Of course when \(A \text{ and } B\) are independent, \(P(B|A) = P(B)\), by the definition of statistical independence. As an aside, if the events are perfectly correlated,

We engineers like to say “\(F=ma\)” as a declaration of the obvious. But we don’t really mean it – unconditionally, anyway. We know, but leave unsaid, that F=ma if (and only if) the mass is constant, which it usually is. But what Newton really said was \(F=d(mv)/dt\), which is \(F=ma\), on the implicit condition that \(d(m)/dt=0\).

In many situations such an oversight would be without consequence. It would be disastrous, however, in computations regarding rocket propulsion where the mass being accelerated diminishes with time as it is being expended in combustion.

In practice, it is exceedingly difficult to estimate conditional probability. Sadly, statistical independence is often assumed, not because it’s appropriate, but because it is computationally convenient. But it’s still wrong.

Nor are our statistician friends completely without sin …