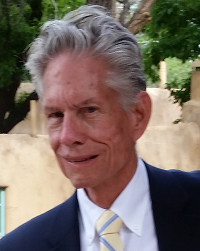 and a graduate of the University of Florida and the Florida Institute of Technology. He is a member of the American Society of Mechanical Engineers and the American Statistical Association, and has more than four decades experience in probabilistics and statistical engineering. He has published more than 70 articles and technical papers on statistical engineering, fracture mechanics, Non-Destructive Evaluation (NDE), probabilistic design, and methods for assessing – and improving – the reliability of complex mechanical systems. In the early ’80s he developed the first probabilistic life assessment software for flight propulsion systems. Nearly three decades ago he led an industry-government team to establish the first MIL-HDBK for measuring NDE Reliability, and in 2007 completed its update, including software. (MIL-HDBK-1823A was approved for public release 7 April, 2009.) He has lectured on statistical engineering in the US, Canada, South America, Europe, the Balkans, the Middle East, and the Far East. Before establishing Statistical Engineering he was a Pratt & Whitney Technical Fellow, and before that ran the P&W fracture mechanics laboratory for 20 years.